We collect records and other materials that reflect the history and administration of the Archdiocese of Seattle from the 1840s to the present day. Some of the broad areas documented include: 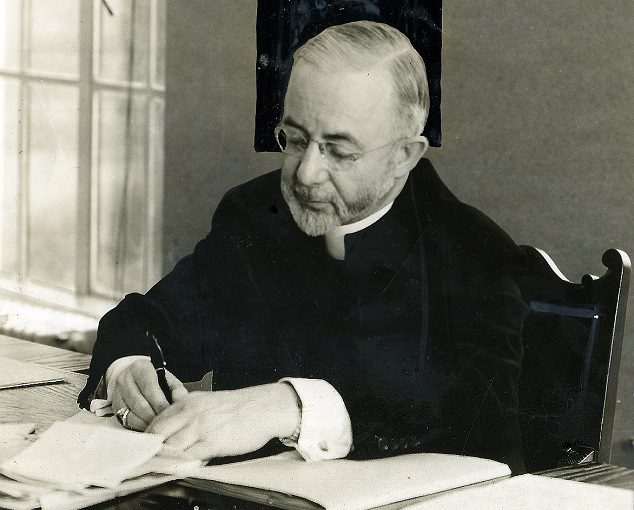 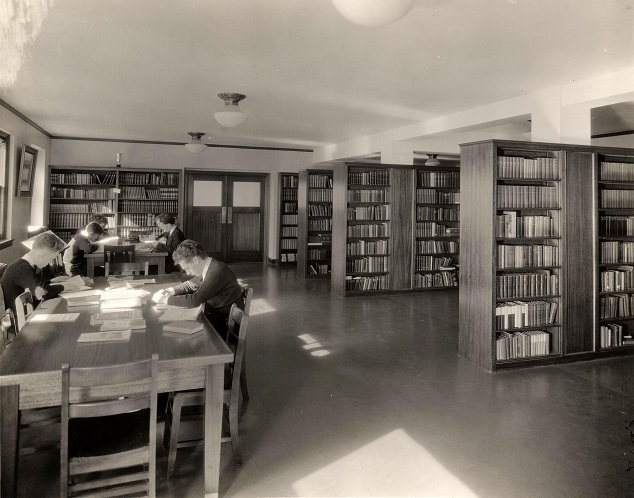 Research in the Archives

Simple requests for images, sacramental records and academic transcripts can be made by visiting the Request a Record page.

If you have questions about or are interested in researching any aspect of Catholic history in Western Washington, please scroll down to learn more about the materials in the Archives and then contact us.

Please note that our collections are subject to access and use restrictions, which can be found in our Policies for Researchers.

Material types include paper and electronic records, digital images and photographic prints, magnetic media, maps and architectural drawings, textiles and a variety of sacred objects. Textual records are written primarily in English but also include French, German, and Latin — especially those from the early days of our history.

The materials in our archives are organized into record groups, which are collections based on provenance (the office or individual who created them) or by function (the activities being documented). See below for more specific descriptions of many of our record groups (RG).

Records of communication with Vatican offices and agencies.

Records documenting the Archdiocese of Seattle’s involvement in councils that gathered to act on matters affecting the Catholic Church in their region.

This collection may be of interest to those wishing to research the early missions of Oregon and Washington and the creation of dioceses in the Pacific Northwest.

Records of exchanges with other dioceses (including the Military Ordinariate), retained during the course of official business.

Consists mainly of the archbishops' or bishops' correspondence regarding observance of ecclesiastical laws, not only by clergy but by laypeople in many aspects of daily life, such as associations with non-Catholic organizations, media consumption, education, marriage and burial.

This record group consists of “Officials,” which are decrees made by the bishop or archbishop for the diocese. Also included in this record group are pastoral notifications and directives sent to clergy, and pastoral letters, which are lengthy public statements or reflections on particular topics intended to advise rather than direct.

Officials about the creation of the Diocese of Nesqually (Mandate of Entry), liturgies, sacraments and Canon Law may be of particular interest to researchers.

Documents in this record group give insight into the evolution of liturgical practices as well as the importance of liturgy in the Church, particularly in the 1950s and 1960s. Includes records from the Liturgy Office and liturgical commissions and councils, and contains correspondence, photographs, publications, clippings and memorabilia.

Records documenting important decisions and activities of Chancery offices and ministries on behalf of the [arch]bishops of Seattle, including Catholic Charities, the Fulcrum Foundation, Catholic Schools, Hispanic Ministries, Catholic Faith Formation, Planning and Research and Property and Construction.

This record group is a major resource for documents about the founding and construction of parishes and parish buildings, as well as missions, stations and chapels. Contains records relating to the administrative, pastoral and cultural life of church communities throughout the Archdiocese of Seattle, including decrees, correspondence, complaints, property and construction records, statistics, studies, reports (including parish annual reports), clippings, photographs and memorabilia.

Records created or acquired by the St. James Cathedral Music Office during the directorship of Dr. James Savage, which document the planning and execution of performances, events, liturgies, and pilgrimages.  Also included are collected resources pertaining to the history of the music program at St. James Cathedral.

Of particular interest may be records relating to the production of Great Music for Great Cathedrals, annual music books, and restoration of the Hutchings-Votey organ.

Records documenting the formation and ministries of priests and deacons in the Archdiocese of Seattle.

Records relating to religious orders (i.e. Dominicans, Franciscans, etc.) who have lived and/or operated within our diocese.​

Records of various religious institutions supported by the Archdiocese of Seattle, and various public institutions and movements with which the Archdiocese was involved. Includes clippings, correspondence, financial and legal documents, reports, minutes and memorabilia.

Some institutions included are:

Records related to hospitals located within the Archdiocese of Seattle. These include state hospitals, Catholic hospitals, schools of nursing affiliated with hospitals and proposals for founding new hospitals.

Records about orphanages and boarding schools located within the Archdiocese of Seattle that were owned and operated by religious orders. These records relate to general administrative matters and do not include any files on individual students or children.

For help with locating religious groups that may have student records, please contact an archivist.

Administrative records concerning the provision of spiritual care to the incarcerated. Information on individual inmates is not included in this collection.

Records concerning the establishment and administration of Catholic schools run by the Archdiocese of Seattle or operating within our boundaries.

Records from the establishment and administration of St. Edward and St. Thomas seminaries in Kenmore. Included are administrative records, records of the Board of Bishops, faculty and student records, curricula, newsletters, yearbooks, memorabilia and an extensive photograph collection.

Records of our relationships with various Catholic and secular organizations, groups and movements that have no direct association with the Archdiocese of Seattle but have existed within it or interacted with it. The records consist mainly of correspondence, publications and memorabilia.

Correspondence and research materials which were used to help the bishops develop and articulate concrete official positions on particular “hot-button” issues.

Collection contains lectures, writings and research materials created between 1947 and 2003 by Peter Chirico, S.S., in his roles as a Sulpician priest, seminary and university lecturer, and theologian for the Archdiocese of Seattle.

Return to Archives home
This site is registered on wpml.org as a development site.